Our mascot says it all: Its name is composed of ‘Po’ as in ‘pony’ and ‘Lo’ as in ‘Lochmühle’. Contact with animals and being in touch with life on a farm are very important to us.

The Lochmühle – situated in the picturesque valley of the Erlenbach – has had a turbulent history. It was mentioned for the first time in the 13th century. Due to its being situated near the woods and on the border between the boundaries of several territorial princes, it has since been an attractive place for many a shady character. About 200 years ago the ancestor of the current owner of the Lochmühle worked the mill with an agricultural enterprise. With the industrialization around the year 1900 the Lochmühle, as many other peasant mills, was shut down. 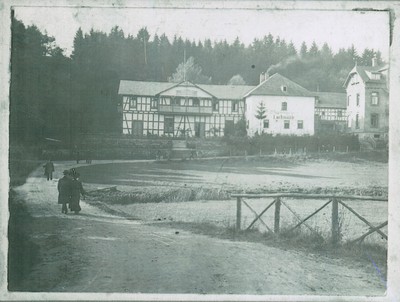 At the same time, the restaurant enjoyed greater and greater popularity. It lured – especially after the railway to the Saalburg had been built – more and more townspeople into the country. After World War II the Zwermann family cultivated the Lochmühle grounds.

The founder of the park, Theo Zwermann, was forced to give up agriculture for health reasons and decided to start breeding ponies. With the purchase of the two Shetland ponies Heidi and Susi he laid the foundation of a riding centre. His two daughters had a lot of fun with the ponies and their friends also came to the Lochmühle to ride. As time passed, a riding centre developed, which at times, up to the end of the 70s, accommodated up to 70 horses.

Discarded tractors were put up all over the grounds to be played with. The first proper toys were small, home-built carousels from cartwheels. In the course of time, more and more toys and gadgets, as well as barbecue areas were put up. A distinct leisure park evolved from this, which could gradually be doubled in size by land purchases.

Today about 150 attractions can be found on an area of 16 hectares. Thus children can, for instance, zoom down a huge slide, have rides on a carousel or rollercoaster or tour the whole park in the Polo-Express. 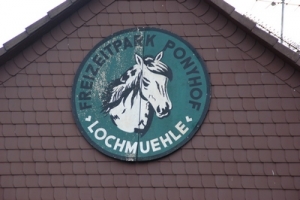 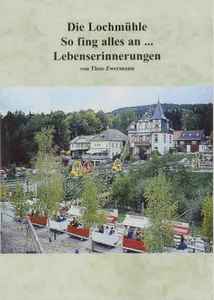 In the pets’ corner sheep, goats and chicken can be fed and – with a bit of luck – you can watch little chicks hatch in the animal nursery. There are many picnic huts, barbecue areas and barbecue huts for groups of various sizes in the park.

The turbulent history of the development of Freizeitpark Lochmühle has been recorded in a little illustrated book by Theo Zwermann, which can be bought in the park for a small protective charge.